Here are the top 15 richest people and families in Kenya

Moi’s Family is regarded as the top richest not only in Kenya but in the whole of East and Central Africa. This family has properties distributed all over the World. Credible sources disclose the former President’s last born; Gideon Moi has interest in Maritime, Kent ship, Sielei properties Ltd, Giant Forex Bureau, Revak Ltd, Giant Holdings, Sudbury Ltd, Westfield International, Metipso Services Ltd, and Homestead Enterprises.

Moi has also invested in the education sector like the Moi High School and Kabarak University. And in land ownership, Moi is placed 2nd just after the Kenyatta Family.

Philip Moi, another of Moi’s sons has a wealth estimate of approximately Ksh 52 Billion and also controls much more property compared to his younger brother Gideon. To summarize, if all of Moi’s wealth is to be mentioned it would cover a booklet, its easy to see why he is mentioned as one of the richest in Kenya. His net worth is estimated to be more than $3 billion in America dollars.

Manu Chandaria made the top of the list above some of the popular politicians we know. Kenyan-born Manu Chandaria’s is the Chairman of Comcraft Group, a multinational industrial conglomerate employing more than 40,000 people across 45 countries on four continents.

Chandaria’s father came to Kenya in 1916 and started out a small provisions store in Nairobi, which he built into Kaluworks, a company that produced aluminum cookware. That company grew into Comcraft.

When Chandaria got back to Kenya in 1951 after acquiring a Master’s degree from the University of Oklahoma, he became the manager of his father’s company and built Comcraft into one of Sub-Saharan Africa’s largest steel and aluminium companies.

Just last year, the combined revenues of his group reached approximately $2.5 billion. His Chandaria Foundation is widely known as one of the most generous in East Africa, having spent an estimated $100 million for child health and education. Additionally, the company has created about 37,600 jobs over the years. Chandaria’s net worth is estimated around $1.7 BILLION

He is commonly known by his nick-name -Total man. He is a very skillful Business-man. He was able to accumulate power and establish an enviable business domain touching almost all the sectors of the country’s economy. The sectors include: mining, tourism, real estate, air transport, telecommunications, agriculture, construction, and energy.

He generally imports fuel and then sells to the local distributors. Tel Aviv, one of the biggest hotels in Israel is owned by Mr. Biwott. He also owns the biggest ranch in Australia (about 1000 ha). Biwott owns so much that you’ll fill a whole page to list all his possible investments. In fact, Nicholas Biwott’s wealth is estimated to be a lot more than $1.1 billion. 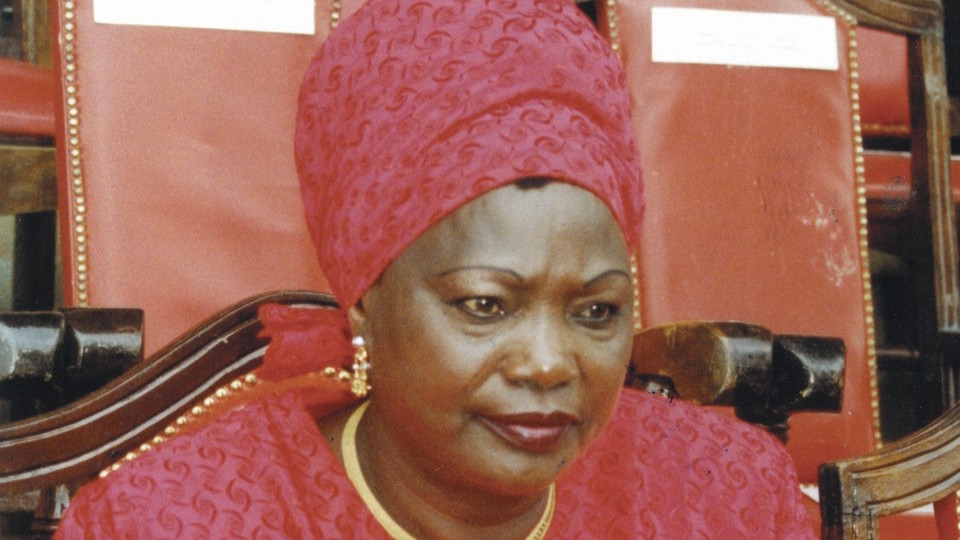 She is East Africa’s richest woman and has a large collection of prime real estate her husband acquired in the 1960s and 70s during a British colonial government and World Bank-sponsored settlement transfer scheme, which allowed government officials and affluent Kenyans to acquire land from British colonialists at dirt-cheap prices. Jomo Kenyatta acquired hundreds of thousands of hectares across various regions in Kenya.

Today, Mama Ngina Kenyatta holds over 200,000 hectares in trust for her family. In some of Nairobi’s leafy suburbs where she has large holdings, land goes for up to $2 million per half-hectare.

She also owns, along with her children, stakes in several of Kenya’s successful companies including Brookside, Kenya’s largest manufacturer of dairy products in which UAE private equity firm the Abraaj Group is also an investor.

Mama Ngina Kenyatta lives in Muthaiga, one of Nairobi’s most affluent suburbs. She has created 50 jobs and has $1 BILLION as Net worth. 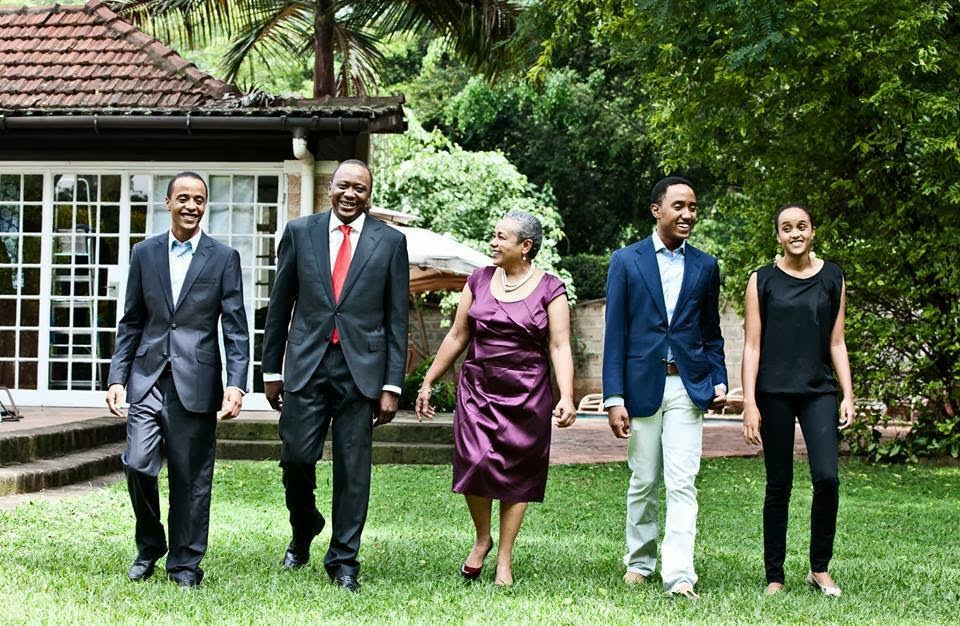 Kenyatta is the founding father of the Kenyan Nation. Credible sources say that the family owns a land equivalent to the Nyanza province. They have managed to invest in Agriculture, Mining, Tourism, Insurance, Telecommunication, Energy, Real estate and banking.

Just like Biwott, they own the Biggest Insurance company based in Germany, they also own some Jewellery shops located in France, more Modern properties in U.S.A and Britain. And the famous Brookside. Credible sources reveal that the Kenyatta’s are worth Ksh 130 billion or more.

Raila Odinga is the son of Kenya’s first vice president, Jaramogi Odinga Odinga. He has also played a prominent role in Kenya’s politics for quite some time.

He has worked in successive governments as a member of parliament, cabinet minister, and prime minister and was appointed the prime minister after the disputed 2007 presidential election in which he was a presidential candidate running on the Orange Democratic Movement ticket. 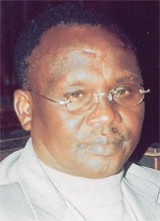 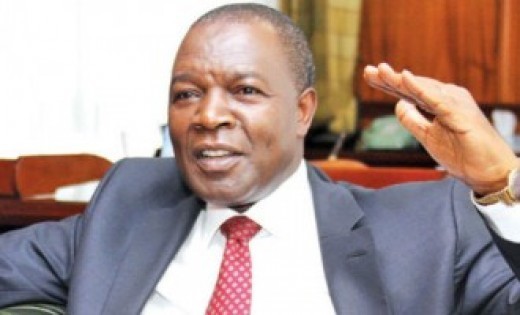 Regarded as a family with well-distributed assets, the family has invested in industry banking, air transport, agriculture, and e.t.c. He is among the richest and his net worth is by far more than Ksh 118 billion.

Mr. Macharia has investments in Agriculture, Real Estate, Transport, Banking. and Telecommunication. In fact, he is worth over Ksh 112 billion.

The former president of Kenya made the list. Mr. Kibaki has investments in Banking, Agriculture, Telecommunication, Insurance, and Tourism.

His net worth is estimated to be over Ksh 110 billion. Kibaki worth billions of shillings and owns large pieces of productive land in Kenya, has shares in many of the major companies in Kenya, and has commercial and residential properties in various parts of the country.

Naushad Merali is a businessman and an industrialist. He is the founder of the Kenyan mobile service provider Kencell along with the French media giant.

He controls companies with combined assets worth more than 15 billion shillings. He is without any doubt worthy of being on the list of richest people in Kenya.

John Harun is very wealthy. In fact, the president of the United States (Obama) once accused John Harun Mwau of being a drug baron, but Mwau denies those allegations.

He became a member of the Parliament in 1992 and was appointed head of anti-corruption by President Moi. He unbelievably from his wealth initiated a rural electrification program in Ukambani, and took all councilors from Ukambani on a trip to Israel at a cost of 80 million shillings.

So far, he has invested more than 80 billion shillings just in the United States and is also said to be owning other multi-billion companies in Asia and the Middle East. Some of his well-known companies include: 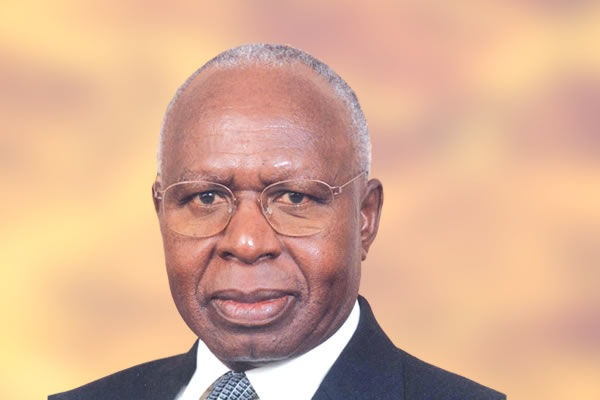 Simeon Nyachae is a famous businessman and politician who has accumulated a good amount of wealth during his days in government. Although he is no longer in service of the government with financially he is highly endowed with wealth. 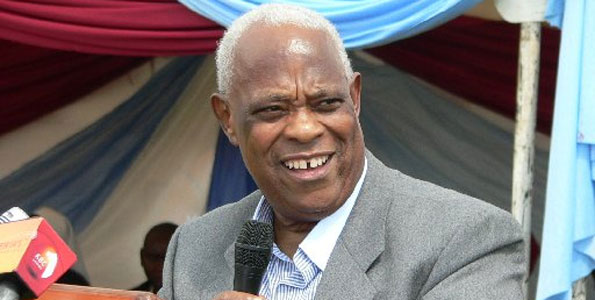 Stanley Githunguri made the list of wealthiest people in Kenya. He worked at the National Bank of Kenya and served as Executive Chairman from 1976 to 1979.

He owns Lilian Towers in which the popular Nairobi Safari Club stands. He also owns shares in many companies, vast hectares of land, and has cash crop growing farms in central Kenya. He really made it to this list through sheer hard work.